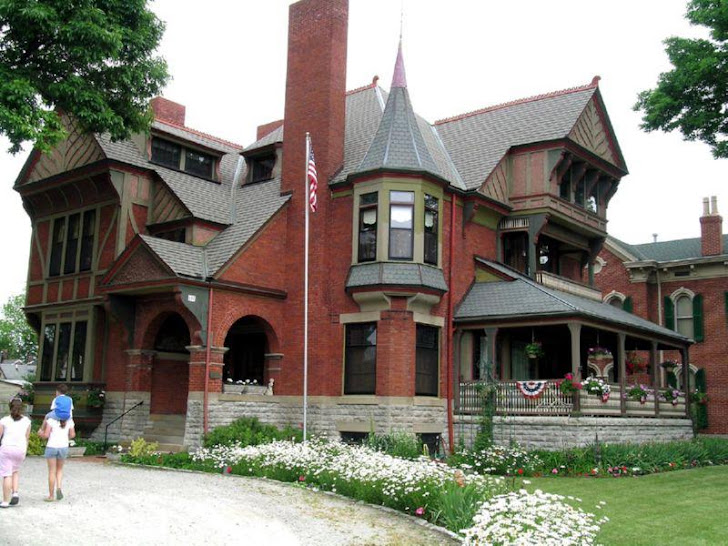 Historic Dayton Lane: A Little History of the Area 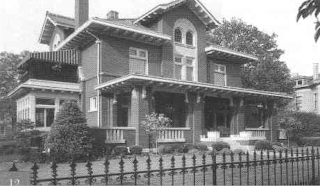 Listed on The National Register of Historic Places in 1985 through the efforts of Sherry Corbett & Jim Boerke the Dayton-Campbell Historic District, commonly called Dayton Lane, represents the residential neighborhood of choice for Hamilton's prominent industrialists at the turn of the century. Campbell Avenue was named for Lewis D. Campbell, advisor to Presidents Lincoln and Johnson, and a principal land- holder who donated a stretch of land, previously used as a racecourse, to the city for use as Campbell Avenue Park.

It's 210 structures represent a variety of architectural styles from the last quarter of the nineteenth century through the first quarter of the twentieth century. The 1868 Titus Atlas of Butler County shows that the area contained within the district was only sparsely settled. Not until the l870s through the l890s was there a major stimulus to the development of the district with many new industries relocating or being founded in Hamilton. These industries were attracted by an abundance of inexpensive land and water power. Dayton Lane area, lying just east of the many new industries, provided a convenient location for founders and managers of these companies. With the infux of these wealthy industrialists, most of the prominent residences are found on Dayton Street with several on Campbell Avenue. The proximity to the factories provided convenient residences for the factory workers as well. 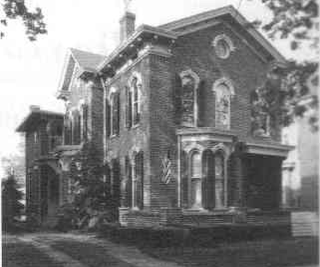 The above was taken from the Hamilton Walking Tour:

Hello Everybody,
My name is Mrs Sharon Sim. I live in Singapore and i am a happy woman today? and i told my self that any lender that rescue my family from our poor situation, i will refer any person that is looking for loan to him, he gave me happiness to me and my family, i was in need of a loan of S$250,000.00 to start my life all over as i am a single mother with 3 kids I met this honest and GOD fearing man loan lender that help me with a loan of S$250,000.00 SG. Dollar, he is a GOD fearing man, if you are in need of loan and you will pay back the loan please contact him tell him that is Mrs Sharon, that refer you to him. contact Dr Purva Pius,via email:(urgentloan22@gmail.com) Thank you.

It is an amazing post.Very useful to me.I liked it .And Swipe Your Credit Card And have Immediate cash With Cheapest Costs.
Provide Your ID Card Photo Copy As A Document Resistant.If you Want more details kindly cashon card